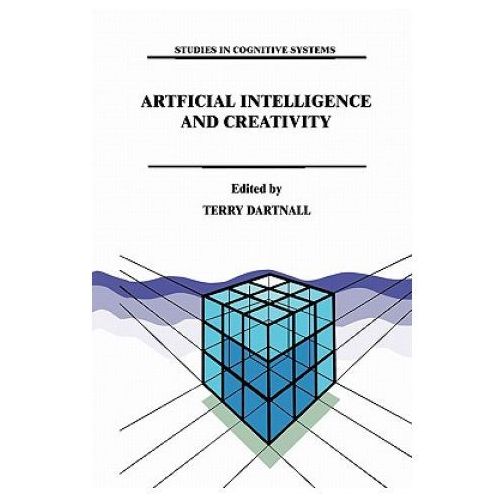 Creativity is one of the least understood aspects of intelligence and is often seen as `intuitive' and not susceptible to rational enquiry. Recently, however, there has been a resurgence of interest in the area, principally in artificial intelligence and cognitive science, but also in psychology, philosophy, computer science, logic, mathematics, sociology, and architecture and design. This volume brings this work together and provides an overview of this rapidly developing field. It addresses a range of issues. Can computers be creative? Can they help us to understand human creativity? How can artificial intelligence (AI) enhance human creativity? How, in particular, can it contribute to the `sciences of the artificial', such as design? Does the new wave of AI (connectionism, geneticism and artificial life) offer more promise in these areas than classical, symbol-handling AI? What would the implications be for AI and cognitive science if computers could not be creative? §These issues are explored in five interrelated parts, each of which is introducted and explained żeby a leading figure in the field. - Prologue (Margaret Boden) §- Part I: Foundational Issues (Terry Dartnall) §- Part II: Creativity and Cognition (Graeme S. Halford and Robert Levinson) §- Part III: Creativity and Connectionism (Chris Thornton) §- Part IV: Creativity and Design (John Gero) §- Part V: Human Creativity Enhancement (Ernest Edmonds) §- Epilogue (Douglas Hofstadter) §For researchers in AI, cognitive science, computer science, philosophy, psychology, mathematics, logic, sociology, and architecture and design; and anyone interested in the rapidly growing field of artificial intelligence and creativity.
Obserwuj cene

During the last few years economics and business education have emerged as one of the largest fields of study in higher education. At the same time, the pressing concern for improving the quality...

Object-Oriented Computer Simulation of Discrete-Event Systems offers a comprehensive presentation of a wide repertoire of computer simulation techniques available to the modelers of dynamic...

This volume comprises studies of the early modern drama of motion and transformation of knowledge. It is unique in taking its global nature as fundamental and contains studies of the theme of...

This handbook provides a guide to the ways in which science and mathematics education is informed żeby the history and philosophy of these disciplines as well as aby the philosophy of education in...

This book provides a critical review of the current state of research on the properties, pharmacology and toxicology of disulfiram and diethyldithiocarbamate and their use for the treatment of a...

This volume of the Bibliographical Series is a thoroughly revised English edition, with many additions, of the author&#39;s &#39;bronique de l&#39;histoire coloniale. Outre-mer neerlandais&#39;...

Due to the rapid increase in world population and improving living standards, the global agriculture sector is confronting with challenges for the sustainability of agricultural production and of...

Condition assessment and characterization of materials and structures by means of nondestructive testing (NDT) methods is a priority need around the world to meet the challenges associated with the...

This volume explores materialism and well-being from individual to global levels, how possessions can be beneficial, cultural variations in conceptions of what constitutes the good life; how we...

This book, written żeby an international team of authors, provides a comprehensive overview of recent developments in the molecular biology of filamentous fungi and the application of these...